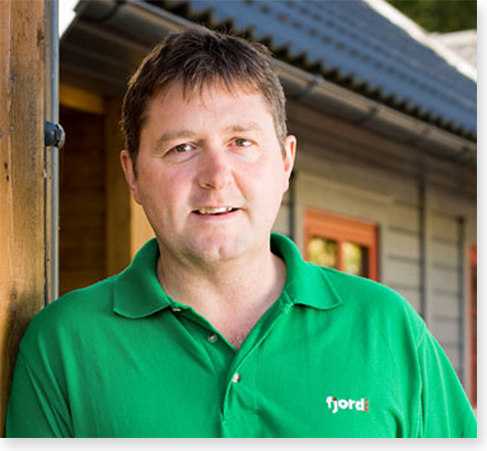 It all started after reading a newspaper article over 20 years ago......

Galashiels based Gordon Richardson had already established his own successful construction firm ‘Craigvar Construction' and after reading the article about Norwegian Housing in ‘The Scotsman’ thought it was time to diversify.

His son Craig, who had already been working in the family business straight from school, was also eager to become the first Scottish Borders importer of Scandinavian homes which was later to become ‘Fjordhus’.

This was real pioneering stuff.

No-one was building Scandinavian houses in the Borders. They were state of the art, advanced, more energy efficient, quick to construct, bright, airy, warm...what was there not to like?

Gordon and Craig were completely convinced this was the way forward but it was convincing others…it didn’t take long and soon Fjordhus houses were being constructed all over the Borders and throughout the United Kingdom.

As the business grew, it has remained close to its family run roots however, especially now Craig’s partner Elena has joined the team. Recent expansion has seen the opening of a satellite office in Kent to allow Fjordhus to best service it's many Southern customers.

Indeed Fjordhus prides itself on the most phenomenal customer service.

Holding your hand all the way from the day your dream home was created on paper to the day you turn that front door key.

Fjordhus – From Design To Moving In.

"Thank you for building our amazing home, you have all been brilliant. Nothing has been too much trouble. Always polite, efficient & do their very best with our random requests!"